You are here: Home / Blog / How to Beat Writer’s Block (Awesome Quotes)

Every Friday I hope to give you some ideas for making writing easier, since most website owners need to produce quite a bit of content — and many of us never dreamed that would be part of the job!

How to Write Fast (While Writing Well), by David Fryxell, is one of my favorite books. Even though it was published in 1992, before the Internet had come into its own, I find his advice classic and ever helpful.

Here are some of my favorite quotes, from his chapter “Put It All Together to Beat Writer’s Block”:

“Writers aren’t the world’s only procrastinators, but we’re among the very best at it… And so we invent excuses — writers are good at inventing things, remember — to stay away from the real work of authorship. We’ll do anything rather than write: Honey, the lawn needs mowing — I think I’d better do it before I tackle that next chapter. In fact, the neighbor’s yard needs mowing, too. What do you know? The median strip over on the freeway is looking a little shaggy, now that I think of it….”

“Except perhaps for a few truly psychologically disturbed cases, there’s no such thing as writer’s block. There are only disorganized writers — writers who don’t know where their next sentence is going. If you don’t know where your writing is going… it’s no wonder you’re fearful of writing.”

“I never quite know when I’m not writing,” Thurber once said, half in complaint. “Sometimes my wife comes up to me at a dinner party and says, ‘Thurber, stop writing.’ She usually catches me in the middle of a paragraph. Or my daughter will look up from the dinner table and ask, ‘Is he sick?’ ‘No,’ my wife says. ‘He’s writing.'”

“One of the best and most inspiring systems for organizing a writer’s work that I’ve ever heard about is John McPhee’s — using nothing more high-tech than a pair of scissors… After percolating on his story for a while, McPhee will develop a basic outline using index cards… He uses one card for each broad topic area he intends to cover, then shuffles and re-sorts the cards until he arrives at an order that works… Once satisfied with his story structure, McPhee tacks the index cards on the wall, in order. Next he photocopies his notes, files one set in a notebook for permanent reference, and cuts apart the second set. Each chunk of information or quotation becomes a sliver of paper. The pieces of notes are then filed into big envelopes — one for each index card. As McPhee writes his way though each envelope, he tracks his progress through the topics with a steel dart through the index cards on his wall. One envelope, one topic at a time — that’s the secret of this approach. Each section of the story becomes like a mini-story in itself. McPhee tackles the writing challenges of what’s before him, then moves on. He doesn’t need to worry about the long stretch of writing that may lie ahead; he just writes what’s in each envelope, and worries about each one in turn.”

Are you inspired yet? How do you beat writer’s block?

If you're new here, you may want to get our short report, "9 Lessons an Elephant Can Teach You about Being Unforgettable." Thanks for visiting!

Tell us about the website you want to build, the brand you need designed or the project we can help with. Let's get started!

Anne is the marketing director and chief developer at e9designs, but her true love is teaching -- whether it's teaching her seven children at home or writing curriculum and blogging from her home outside Lansing, Michigan. You can find Anne on Pinterest, YouTube, or our official Facebook Page.

This site uses Akismet to reduce spam. Learn how your comment data is processed.

If you want to know what's happening at e9designs, sign up to receive our updates. 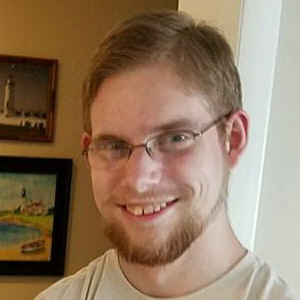 Our newest designer on staff is Arik Elliott, who is delighting customers with his problem-solving skills, his fresh artwork, and his thoughtful website designs.

We'll help you carefully plan out your design project so it's done right the first time and you can succeed.

Want to keep up with what's going on at the agency? Follow us across our Social Networks.